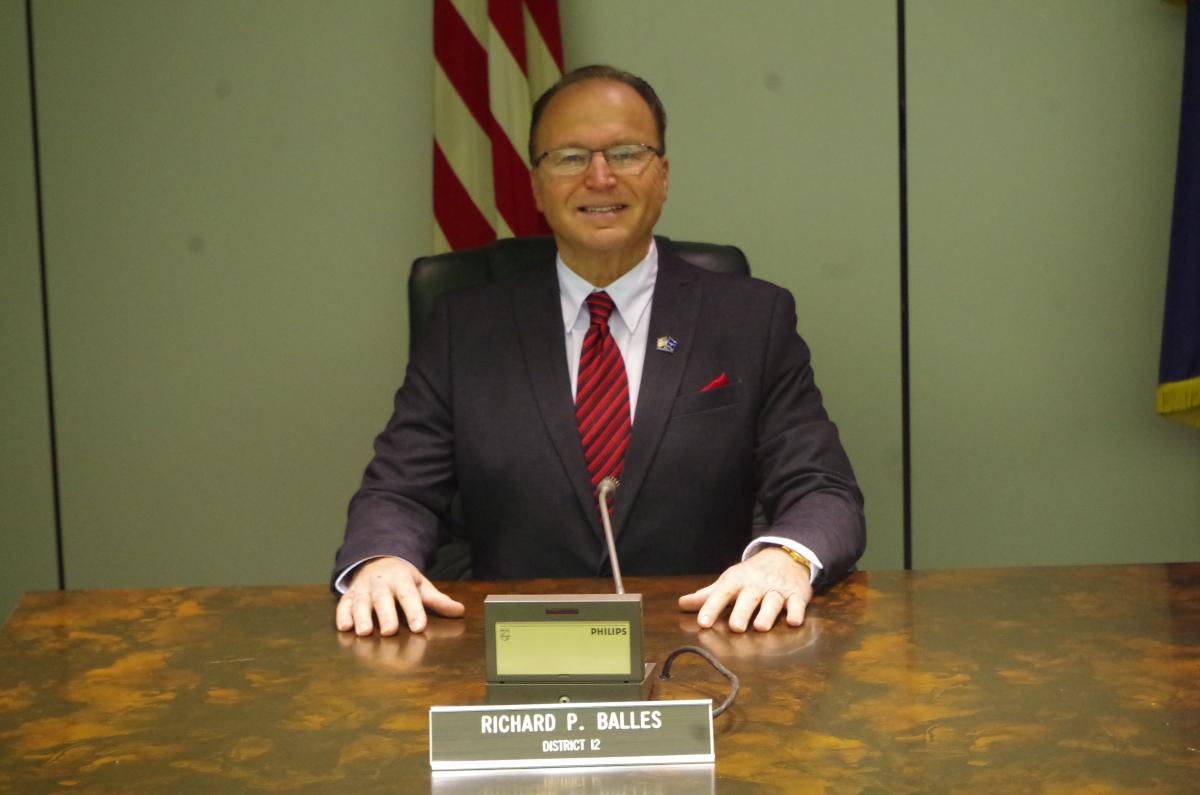 Richard P. Balles was elected in November of 2018 to represent District 12. District 12 is made up of parts of the City of Binghamton, the Towns of Union and Dickinson, the Villages of Johnson City and Port Dickinson.

Rick has 20 years of experience with the Village of Johnson City as a Village Trustee, Acting Mayor and Deputy Mayor. While at the Village, Rick was instrumental in working on several community projects such as the construction of the Johnson City Veterans Park Gazebo, introducing security cameras to high-risk areas and small cell wireless technology that has brought in much-needed revenue to the Village.

Rick has been involved with many community organizations, such as the Johnson City Rotary, Elks Club, Broome County Women's Republican Club, Dick's Sporting Goods Open and the Knights of Columbus.

Rick is a graduate of C.W. Post University in Long Island with a Bachelor of Science in Business & Marketing. He retired from Lockheed Martin in 2016 after 38 years of dedicated performance. He was a procurement professional and instrumental in working on the development and award of the Marine One Presidential Helicopter that will service the President of the United States.

Rick believes that lowering taxes and economic prosperity is key to job creation. It's important to think outside the box and offer quality services to County residents at affordable prices.

Rick and his wife, Tammy, live in Johnson City and both graduated from Johnson City High School. They have 3 children, Nicole, Danielle and Ricky. They also have a grandchild, Natalie, and two sons-in-law, Cal and Anthony.