A major milestone is being completed as part of a Broome County-wide project to upgrade the Public Safety Radio system. The final tower is being installed in Deposit that will help the County put the new communications network online in 2022. When finished, the system, led by the Broome County Office of Emergency Services, will assist 55 different first responder agencies from police, fire, and EMS throughout the County.

“Communication between residents, dispatchers, and first responders can literally be the difference between life and death. The radio network has gaps that need to be filled for the safety of our community,” said Broome County Executive Jason Garnar. “For too long have we made small improvements here and there to keep the system going; it’s time that we move this communications network into the 21st Century and we’ll finally be doing that next year.” 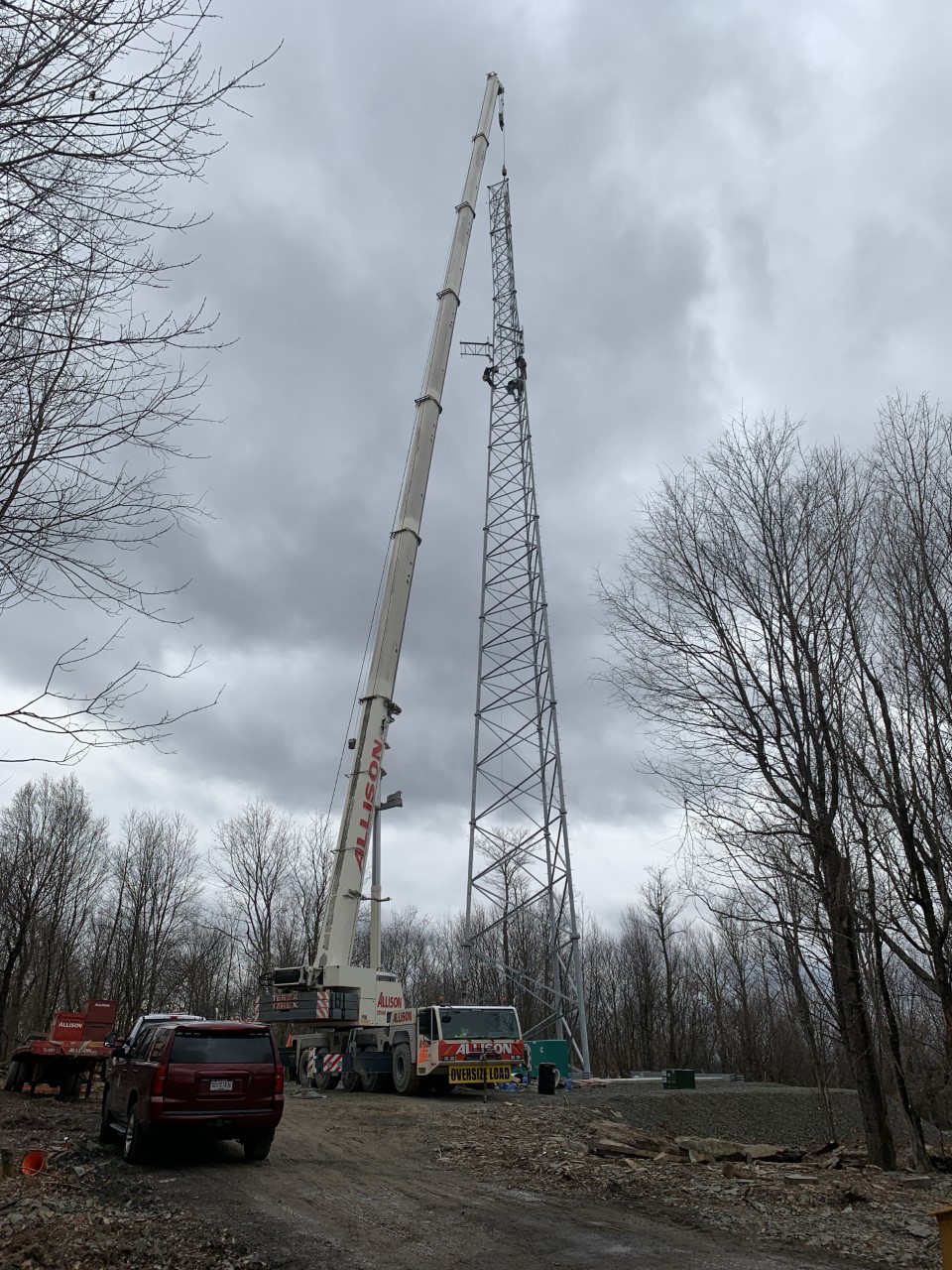 The current system consists of 12 different radio systems with portions dating back to 1970, covering 55 different primary agencies. Major radio coverage gaps in the current system are a safety issue for first responders. Systems operate on three different “bands” meaning the ability for one unit to talk to another one for mutual aid is virtually impossible. For example, three different fire departments who respond to a fire in mutual aid may not be able to communicate with each other.

The upgraded public radio system will meet the county’s needs for the next 20 years. Equipment will be provided to all Police, Fire, EMS, and DPW departments, allowing all to communicate with each other. All users will be able to change to an emergency channel and speak directly with a 911 dispatcher.

The $23 million project is being supported through temporary surcharges added to residents’ landline and wireless phone bills; a change that was made through a rule change at the state level with the help of Assemblywoman Donna Lupardo and Senator Fred Akshar.