Prevention Night with the Binghamton Devils

On December 9, 2017, Drug Free Communities, a local drug prevention initiative under the Broome Opioid Abuse Council, sponsored a Prevention Night with the Binghamton Devils. The purpose of the event was to raise awareness about the dangers and consequences of alcohol and drug use, especially for adolescents. "Since it's believed that 90% of addiction issues start in the adolescent years, prevention during this time is crucial," said Maria Fabrizi, Drug Free Communities Coordinator.

The first 100 people at the game received a goodie bag and everyone in attendance had the opportunity to sign a pledge against drunk driving. In addition, the Devils took down one of their alcohol concessions to raise awareness of the impact of alcohol consumption on adolescents. Section eight was also alcohol-free during the game so "families with children or people in recovery can sit to avoid exposure to alcohol as well as the mishaps that can occur because of the irresponsible consumption of alcohol." 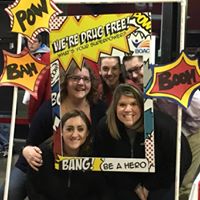 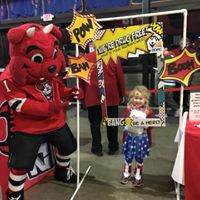 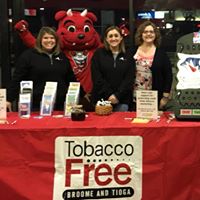 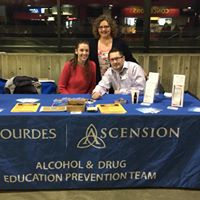 The Broome Opioid Abuse Council's Drug Free Communities partnered with the Binghamton Rumble Ponies, the Double-A affiliate of the New York Mets, to provide a Prevention Night at NYSEG Stadium on May 16, 2017. In order to create an environment where families and community members can enjoy a fun-filled night and create lasting memories, no alcohol was served during the Rumble Ponies' game that evening.

"Being a part of the community with outreach efforts aimed at helping families achieve FUNN experiences is something we will always strive to do," stated team owner John Hughes. "Getting involved with an organization that is working hard on critical issues which are impacting friends and families across the Southern Tier is the kind of effort the Rumble Ponies can stand behind and contribute to."

"We aim to highlight underage drinking prevention, and provide an alcohol-free family-fun activity," said Kara Skellett, former Drug-Free Communities Coordinator. "With the assistance of the Rumble Ponies, we will put the focus on community education, outreach and prevention, and substance abuse treatment."