Broome Bands Together is a summer concert series presented by Coughlin & Gerhart, LLP.

Admission is free, but this season Broome County is asking visitors to consider a food donation for CHOW; barrels will be set up at each concert.

The events will be held at the Stage at Otsiningo Park in the Town of Dickinson on seven Tuesdays during the summer from 6:00 p.m. - 8:00 p.m.

The lineup is as follows:

There are two rain dates of August 24 and August 31.

Beer Tree Brew Co. and Cross Country Cookin' food truck will be present at the event.

We encourage those attending to bring a lawn chair or blanket 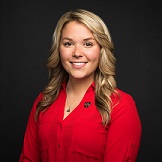